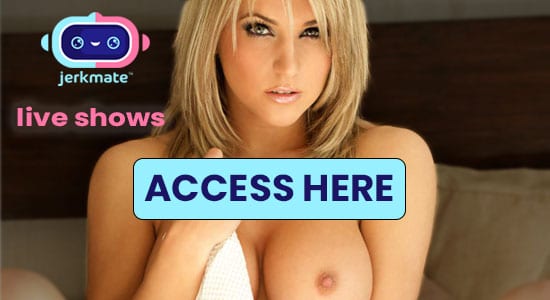 Looking for the best gentlemen’s clubs in Cleveland? We have painstakingly sorted through dozens of strip club listings, reviews, and real-life experiences to bring you our time-saving top preferences. In addition to our investigations, we have joined forces with these premier adult bars to give you the only Cleveland strip club FREE admission pass exclusively through Hunks & Babes. (Limited one-time use and restrictions apply, void where prohibited.)

So aside from looking for directions, reviews, or phone numbers to local Cleveland strip clubs, you should be thinking about maximizing your hard earned dollars. Cleveland female strippers are well known to swindle average frustrated chumps out of their entire paycheck early in the evening. The following gentlemen clubs’ etiquette will help guide you in optimizing your cash flow and give you the upper hand needed to dominate your night.

Ear nibbling, hair pulling, light touching, and sitting on your lap are all pre-calculated tactics strippers use to hustle you into purchasing their services. Go online or ask management the exact fees for strip teases, lap dances, private shows, and full nudity (if allowed). You will get lied to and taken advantage of if you blindly ask how much was that after receiving service. Be patient and engage all the girls who are working that night before narrowing down your top three choices.

Second Rule: Don’t be part of the drama but understand it exists.

Life as an employee inside any Cleveland gentlemen’s club is tough. Being rude or acting in a negative persona as a crutch for lack of something to say will get you damaging reciprocity tenfold. Instead, you can create positive internal drama by incorporating the fourth rule into your game plan. Let other idiots be the center of bad attention and slowly decay their experience while you play hero to your group of friends and score attention from the hottest strippers in Cleveland.

Strippers are hit on ALL the time. Unless you are at the third type of titty-bar in the fifth rule below, do not ask how much it is to sleep with them. There are many doctors, lawyers, nurses, and other self-respecting professionals who dance at strip clubs to pay for schooling. Remember you are going there to get teased or pay to have the guest of honor embarrassed for his birthday, bachelor party, or other event. There are places online to shop for otherwise.

Waitresses look down upon the strippers because they think they are hookers. Strippers think waitresses are dumb because they waste their time not making more money dancing. Bartenders just shake their head at everyone and club owners get into the industry to sleep with the girls. Veteran Cleveland strippers may feud with newer girls who steal attention from regulars. Use the previous insight to spark conversation to evoke emotion in the stripper you’re interested in getting a lap dance from. For example, try asking a stripper to get your drink purposely mistaking her for a waitress. After she gives you a negative response, ask her why she does not like strip club waitresses so much. Then you can transition into bargaining a lower price or longer time for her private show.

Fifth Rule: Know the three types of clubs and which one you are at.

The first is the ultimate premier gentlemen’s club which are the ones you find in Vegas where every girl could be a 10. The girls who work there take good care of their perfect bodies and look young with pretty faces. The girls who dance there are all about business, they want your money and know how to get it. You would think there is a pole dancing Olympics competition with the amount of athleticism put towards the stage show entertainment.

The second type would be a local Cleveland strip club. This is the most common and best place to get lap dances or seek new friends. Most exotic dancers who work at these types of clubs are down to earth and are more likely to hang out with you after their shift is over (as long as you are not creepy). Be careful as to not get scammed from girls wanting to charge you to hang out with them. Let them know you’re there to hang out with your buddies and having them tag along is secondary.

The third and worst type is the dive strip club. There may be no signs or maybe a rudimentary sign on the front to tell you what type of establishment it is. These are more commonly found in densely populated poor urban areas. Girls who work here are prostitutes and drug users who are tragically trapped in this lifestyle loosely labeled as ‘strippers’. Don’t be surprised if you get asked to pay them with drugs or get up-sold sex in exchange for more money. If this happens, check your pockets to make sure you have your belongings and walk out the door.

Sixth Rule: Talk to everyone.

I know the last thing you want to do is talk to a meat-head bouncer that didn’t graduate high school, but he’s the gatekeeper to the amount of fun you can have. Befriending him will give you more leniency when you do get a lap dance from your private stripper. Girls are very intuitive and keep an eye on all patrons that enter the establishment so speaking to the club owner will elevate your status in the eyes of the employees that work there. You might get lucky and be mistaken for the club owners friend and get a free lap dance.

If you are lucky enough to be planning a Cleveland bachelor party at a strip club, be sure the waitresses and bouncers know that you are the main guy in all decisions are made by you. Your higher social status will entitle you to extra perks.

Seventh Rule: Have fun and smile!

Don’t be like every creepy over served guy and have an angry look on your face staring down every entertainer that passes you by. Have a relaxed look on your face and smile at girls when you look them in the eye. You will get positive attention and higher-quality lap dances by doing this when you enter any high-end Cleveland strip clubs.

Hope to see you at the next strip club! 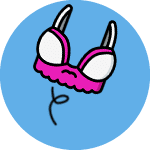 Invite up to 99 of your friends.

You have Successfully Subscribed!